I was astounded by the news that we can reduce fertiliser use.

That we can stop drip-feeding our plants with expensive minerals, commercial fertilisers and labour intensive alternatives, such as compost and biofertilisers.

However, it is SUPER IMPORTANT to realise that our soils won’t instantaneously dish out nutrients for our plants.

Even soils cared for with sustainable soil management practices.

“I can honestly say I have never ever been on a [farming] operation that is not degraded, including my own” Gabe Brown.

While our soils (mine included!) may not be eroding or badly compacted, they don’t have functioning nutrient recycling systems.

Consequently we are subsituting for this FREE ecological service with bags of fertiliser and hard yakka making and spreading composts and bio-fertilisers. Up to 50% of the fertilisers we apply regularly gets washed straight out of our soil and into  rivers.

What a waste of money.

At best, we’re filling the yield gap, rather than growing the yields are soils are capable of producing[2]. 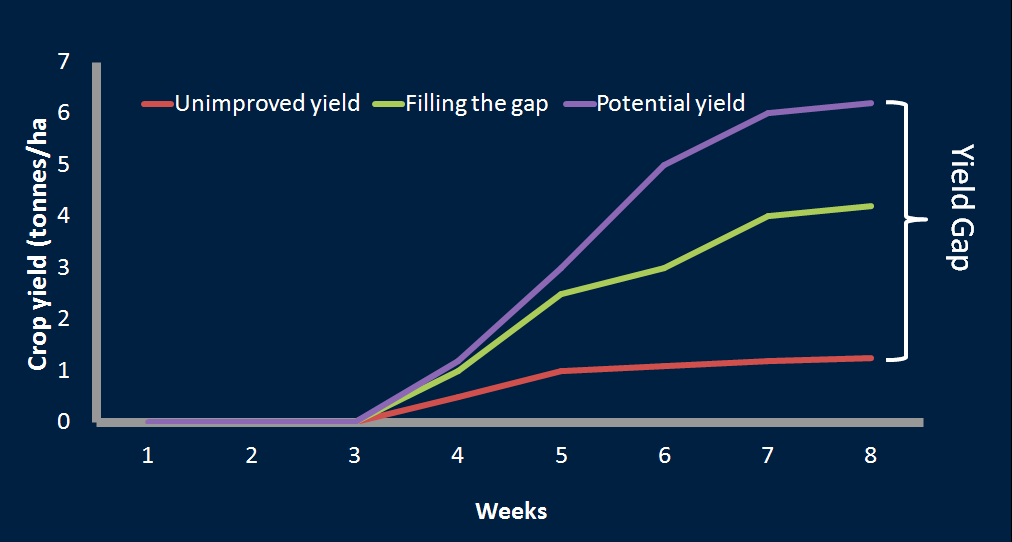 We need to get our soils back to full health again before miracles can happen [2].

Our challenge – no role model

It is difficult to find ‘functioning’ soils to compare our soils with and aspire to emulate.

Almost everyone is in the same boat. We need to look to the past to get a sense of the ecological services the soils in our gardens and farms used to naturally provide.

For example, Sir Paul Edmund Strzelecki’s survey of soils in the southeast of Australia between 1839 – 1843. During the early settlement period. He found organic matter levels were around 5 – 10 times higher than in many soils today[1].

According to Bill Gammage, the author of ‘The Biggest Estate on Earth’, these findings are consistent with the writings of many early settlers. 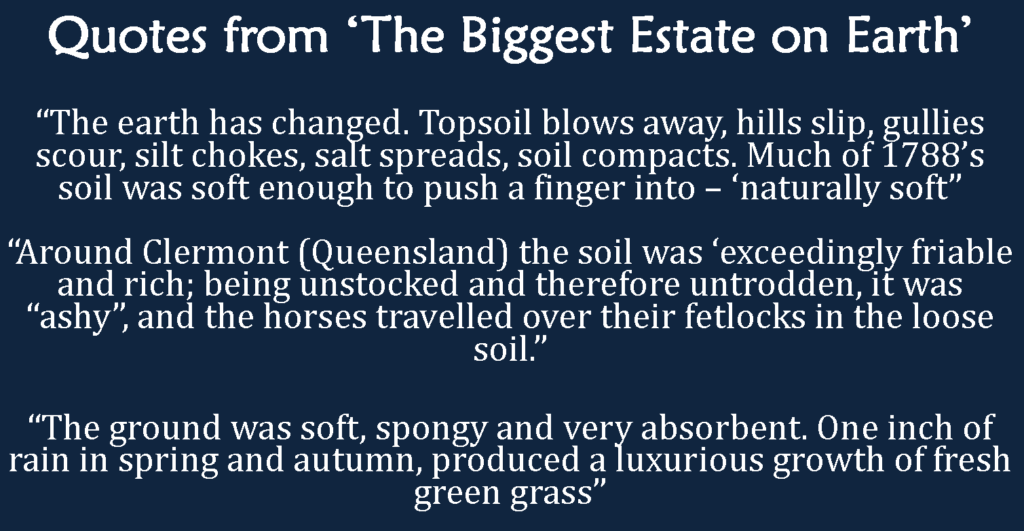 Bill’s book is an impressive achievement. Bringing together extensive research into the historical records.

Reading his book you realise that the picture of Australian soils as soft, spongy and absorbent in the early days of European invasion, was not a story conjured up by a few romantic explorers. The number and similarities in the reports is too convincing, and the soil organic matter levels Strzelecki’s reports back this up.

The story is much the same across the globe.

But hold on – let’s not give ourselves too much of a hard time!

We have a major challenge – cost!

If we could easily and affordably restore our soils with conventional and organic techniques, everybody would be already doing it.

We are stuck on a treadmill and it’s hard to get off! Struggling to find the money for fertilisers and minerals to even maintain the current condition of our soil. At best making small incremental improvements when we have a bit of extra cash.

Get our checklist. Or better still find out how using our Ecological Farming Handbook.

[1] Christine Jones ‘Soil Carbon – can it save agriculture’s bacon?’